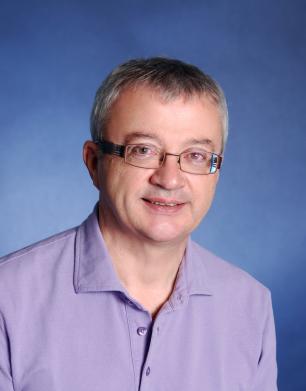 Dr. Guy A. Dumont has been a Professor in the Electrical and Computer Engineering Department at UBC since 1989, where he is also an Associate Member of the Department of Anesthesia, Pharmacology and Therapeutics. Since 2003, he has been a Distinguished University Scholar and is currently a Peter Wall Distinguished University Scholar. A control and signal processing expert by training, he co‐founded and co‐directs with Mark Ansermino the Electrical and Computer Engineering in Medicine (ECEM) research group. For the last 10 years, he has collaborated with clinicians, health care researchers and life scientists in the area of physiological monitoring in the operating room, the intensive care unit, and more recently in mobile health. Together with Mark Ansermino, he received the 2010 Brockhouse Canada Prize for Interdisciplinary Research in Science and Engineering. In 2016, he was awarded his third NSERC Synergy Award, this time for the development of the Phone Oximeter. In 2017, he was elected Fellow of the Royal Society of Canada. He is also a Fellow of the IEEE and of the BC Advanced Systems Institute and a member of ISA, PAPTAC and TAPPI.

Guy A. Dumont received his Diplôme d’Ingénieur from ENSAM, Paris, France in 1973 and his PhD in electrical engineering from McGill University in 1977. In 1973-74, and again from 1977 to 1979, he worked for Tioxide France. From 1979 to 1989, he worked with Paprican, the Pulp and Paper Research Institute of Canada. From 1989 to 1999, he held the Senior NSERC/Paprican Industrial Research Chair in Process Control.

Dr. Dumont has won various awards including a 1979 IEEE Transactions on Automatic Control Honorable Paper Award; the IEEE Control Systems Society 1998 Control Systems Technology Award and NSERC Synergy Awards, in 1999 for the development of the technology behind Universal Dynamics’ BrainWave adaptive controller, and in 2002 for the development of Honeywell’s Intellimap cross-directional control loop-shaping technology.

The Future of Biomedical Engineering