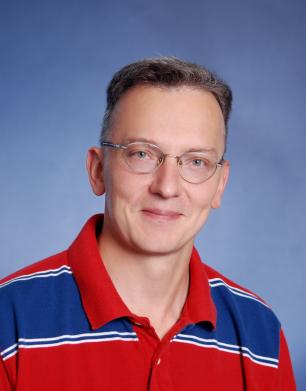 Juri Jatskevich is a Professor in the Department of Electrical and Computer Engineering at UBC. Juri Jatskevich received the Electrical Engineering Degree (B.S.E.E.) from Ukrainian National Agricultural University, Kyiv, in 1994. He received the M.S.E.E. and the Ph.D. degrees in Electrical Engineering from Purdue University, West Lafayette, USA, in 1997 and 1999, respectively. Until 2002, he stayed at Purdue as a Post-Doctoral Research Associate and Research Scientist, and consulted with the P C Krause and Associates, Inc. Since 2002, he has been a faculty member at UBC, where he is now a Professor of Electrical and Computer Engineering and a Coordinator for the Electrical Energy Systems Option.

Dr. Jatskevich is a registered Professional Engineer in British Columbia. Dr. Jatskevich has chaired the IEEE CAS Power Systems & Power Electronic Circuits Technical Committee in 2009-2010 and is an editor of a number of IEEE publications including: IEEE Transactions on Energy Conversion, IEEE Power Engineering Letters, and Associate Editor of IEEE Transactions on Power Electronics Letters. He is also chairing the IEEE Task Force on Dynamic Average Modeling, under Working Group on Modelling and Analysis of System Transients Using Digital Programs. His research interests include power and energy grids, power electronic systems, electrical machines and drives, advanced modeling and simulation.