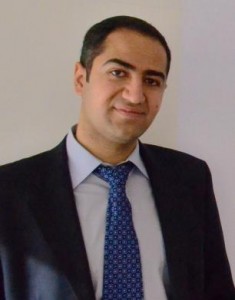 Reza Molavi received B.Sc. degree in electrical engineering from Sharif University of Technology, Tehran, Iran in 2003 and the M.Sc. and PhD degrees from University of British Columbia, Vancouver, Canada in 2005, and 2013, respectively.
He was a member of mixed-signal development group at PMC-Sierra from 2007 to 2013, where he was involved in the design of several high-performance clocking and and transceiver building blocks for multigigabit serial data links and wireless chip products. He was a Post-Doctoral Research Fellow and Lecturer with the Electrical Engineering Department of University of British Columbia from 2014 to 2016. Since 2016, he has been a senior IC design engineer with D-Wave Systems and an Adjunct faculty with UBC
He was the recipient of a distinguished award for ranking 2nd in the nationwide Professional Engineering Practice Exam, Iran, 2003. He was also the recipient of the Best Paper Finalist award in the IEEE Canadian conference on Electrical and computer engineering, Montreal, Canada, 2012 and Co-recipient of best paper award at IEEE Radio-Frequency Integrated Circuits conference in 2015. His research interests include the modeling and design of high-frequency analog and mixed-signal circuits.