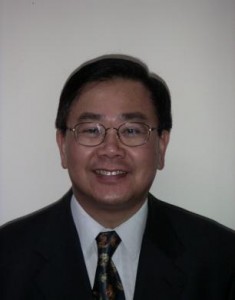 Victor C. M. Leung received the BASc (Hons.) in electrical engineering from the UBC in 1977, and was awarded the APEBC Gold Medal as the head of the graduating class in the Faculty of Applied Science. He attended graduate school at UBC on a Natural Sciences and Engineering Research Council Postgraduate Scholarship and completed his PhD in electrical engineering in 1981. He returned to UBC as a faculty member in 1989, where he is currently a Professor and the inaugural holder of the TELUS Mobility Industrial Research Chair in Advanced Telecommunications Engineering. His research interests are in the areas of architectural and protocol design and performance analysis for computer and telecommunication networks, with a current focus on wireless networks and mobile systems.

From 1981 to 1987, Dr. Leung was a Senior Member of Technical Staff at Microtel Pacific Research Ltd. (later renamed MPR Teltech Ltd.), specializing in the planning, design and analysis of satellite communication systems. He also held a part-time position as Visiting Assistant Professor at Simon Fraser University in 1986 and 1987. In 1988, he was a Lecturer in the Department of Electronics at the Chinese University of Hong Kong. He is a member of the Institute for Computing, Information and Cognitive Systems at UBC. He also holds Guest/Adjunct Professor appointments at Jilin University, Beijing Jiaotong University, and South China University of Technology in China.